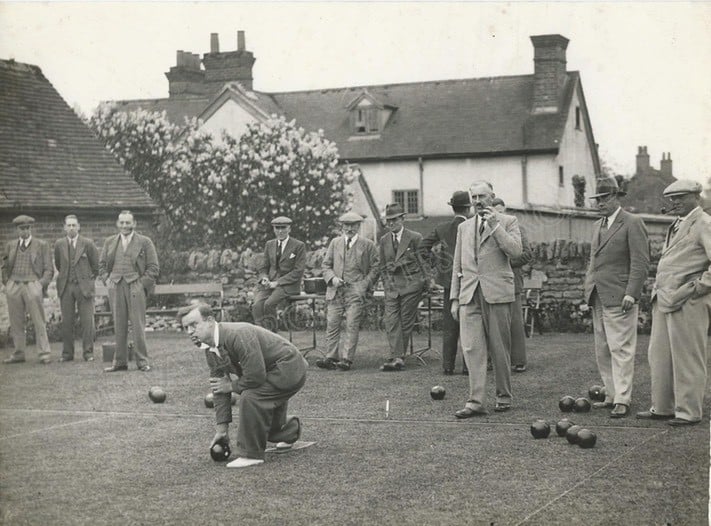 “Boules” is a general term that covers many different types of ball games – in France “boules” is often used to refer to petanque.

In the United States, bocce is played by many more people than petanque, so people are more familiar with it.  When someone sees us playing petanque, the second question they usually ask (after: “What is that game?”) is: “What’s the difference between petanque and bocce?”

The two games are related.  Bocce is Italian.  Petanque is French.  Some people think of petanque as “French bocce”.

There are differences in the equipment used, and in the way the games are played. 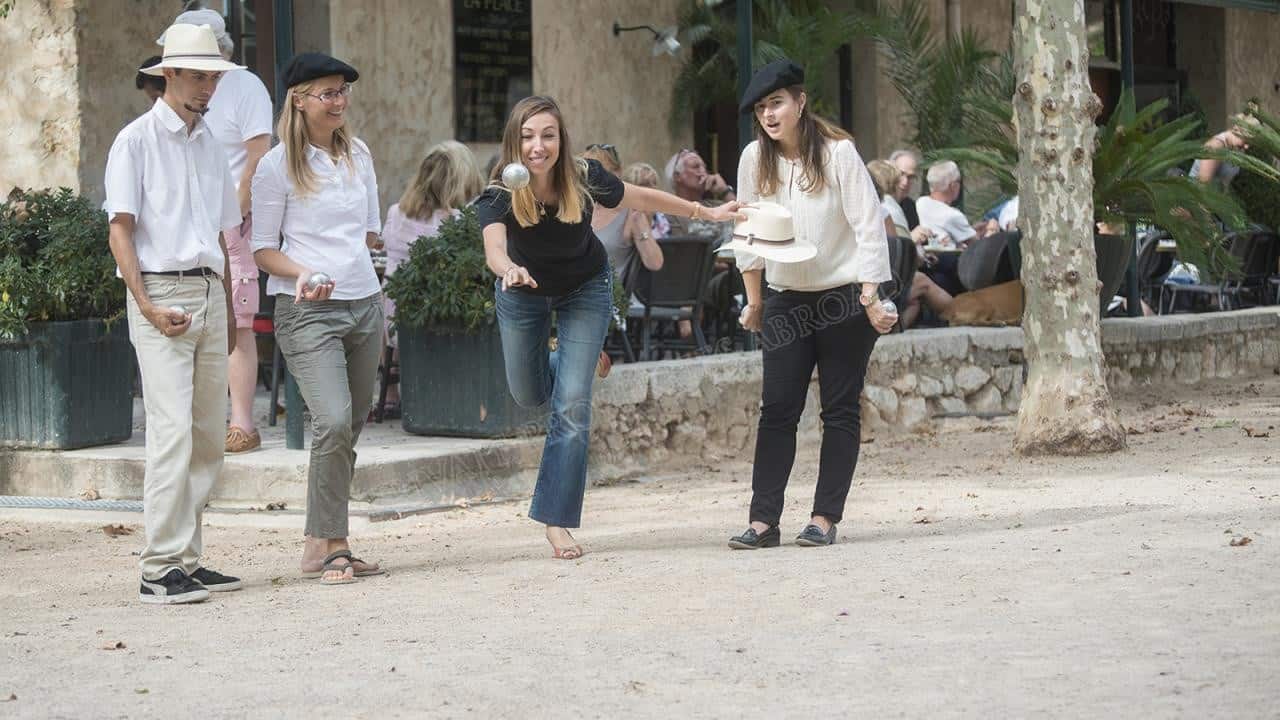 In petanque, balls are basically thrown.  Bocce on the other hand — where the balls are bigger and heavier and the court is longer  — has evolved into a game in which the balls are rolled rather than thrown.

It is possible to play one kind of bocce on a natural area (e.g. a lawn or grassy field).  However, bocce is typically played on bocce court.  A bocce court is rectangular and fairly long, with specially-marked areas in which the thrower must stand, the pallino (jack) must be thrown, and so forth.  A petanque “court” (a terrain) is typically much shorter than a bocce court, and there are no marked areas — the throwing circle is moveable and can be placed anywhere on the terrain.

Because bocce is a rolling game — a bowling game, actually — it must be played on a relatively flat, smooth surface. Petanque, on the other hand, can be played almost anywhere, even on fairly rough ground. Gravel parking lots and park paths can make excellent petanque playing grounds.